Back in late July, I wrote how I’d been scammed out of $13,000 through a pump-and-dump stock investment scam perpetrated by Bollinger Report. Just when I thought I was done licking my wounds from that particular hit, these scammers decided to start calling me on my cell phone and recommending yet another pump-and-dump stock scam. Their continued onslaught inspired me to research the company in question and its methods. What I found out was quite revealing and has taught me some important lessons about investing in stocks. So, without further ado…

What exactly is a pump-and-dump scam?

When company stocks are offered to the public, they go through an initial public offering or IPO. The stock is typically priced at a reasonable dollar amount; for example, Google went IPO to the tune of $85/share. However, some company stocks go IPO at very low prices (i.e., under $5/share); such stocks are often termed penny stocks. The reasons for such low prices include small company size (e.g., 5 or fewer employees) or miniscule private investment. The company’s business model is also often based on speculation; many penny stock companies are involved in exploratory drilling or mining operations where the payoff could be huge- or absolutely nothing.

Because many penny stocks trade, quite literally, in the pennies, they are also often subject to artificial (and illegal) price manipulation through so-called pump-and-dump scams. In a classic pump-and-dump, a small pool of sham investors will buy a block of penny stock shares in order to raise the stock trading price. These investors will also initiate a marketing campaign to alert outside public investors about this penny stock’s “opportunity” to break out of penny stock territory and become “legit”. The hype continues until a finite number of investors have been duped into buying shares, effectively raising the price of that penny stock. At that point, the sham investors quickly dump their shares and pocket the difference. The outside public investors are now not only left with nearly worthless shares of stock, but that remaining stock is so lightly traded that it’s hard to sell to other investors.

The Bollinger Report (http://www.bollingerreport.com) is actually a series of websites, all operating under the same Denver, Colorado-based ISP of 72.18.133.75, that promotes various penny stock companies through pump-and-dump scam operations. Here is the list of all the websites found to date:

The Bollinger Report scam begins when potential investors go to one of the above listed sites, leave their information, including a phone number, and request more information about a stock of their choosing. The person who calls them back will discuss the mentioned stock and then start promoting (i.e., pumping) a particular penny stock. The investors are also emailed reports that tout how that penny stock is about to appreciate anywhere from 100%-500% in the next month. Once enough investors are recruited to a particular penny stock, raising its price, the calls and emails stop. At that point the price of the touted stock suddenly drops (i.e., dumps) by as much as 90%, sometimes in a matter of minutes. Investors are left with a case of vertigo and are in shock over the loss of their investment.

My personal experience with Bollinger Report

In my particular case, in late August I started receiving calls from Mr. Brad Romero of Bollinger Report. Initially, he discussed another “successful” penny stock that his company had promoted, Independence Energy Corporation (ticker: IDNG). Independence Energy is an oil and natural gas exploration company with no known land assets or revenue. If you look on the stock chart below, you will see how IDNG underwent a classic pump-and-dump “needle” lifecycle including a sharp rise to a point (the pump), followed by a dramatic drop (the dump):

When I countered Mr. Romero on his view that this was a successful (successful for who?) stock investment, he held how the company had unexpectedly made a 5:1 forward split, thus dropping its share price for certain investors. Because of this issue, Bollinger Report had itself experienced some backlash and was currently reorganizing under a different name and website (surprise!). That information should’ve ended our call right there but no: Mr. Romero now had another “hot investment tip” to share with me. That tip consisted of Punchline Resources Limited (ticker: PUNL). Located below is Punchline’s stock lifecycle- notice any similarities to Independence Energy?

Being that I received my call(s) from Mr. Romero in late August to early September, Punchline had yet to deliver its classic punchline to unwary investors. However, having already looked at IDNG, I noted that PUNL was following the same pump-and-dump pattern as IDNG. I also noted this fact to Mr. Romero, telling him outright that this looked like another pump-and-dump scam. However, neither my mentioning of “pump-and-dump” nor “scam” fazed him. He just kept cheerfully jabbering on about how Punchline was going to deliver some amazing profits for investors who got in on it NOW. I’m sure there were profits to be had, at least by a few “investors”. I then asked Mr. Romero who was paying Bollinger to pump up this stock.

Brad didn’t seem to understand my question so I rephrased it. In essence, I told Brad that Bollinger could not be making any money if all it did was send out free stock alerts to subscribers. So, how did the website make its money?

Brad cheerfully replied that Bollinger Report made its revenue through ads and through third parties that wanted to raise awareness about a particular company. Hmm…now we were getting somewhere. Since I had some time to kill, I asked Brad about these third parties and who they were.

Unfortunately, Brad was not aware of their exact identities at the moment (however, the following website discloses the sham investors in IDNG). He then quickly redirected my attention to Punchline, asking if he could email me additional information about the company. I happily agreed to that offer, figuring it’d provide me with some critical details about Bollinger Report, or whatever the scam had decided to call itself. Unfortunately, that report never showed up in my inbox.

The end result- and a lesson learned

I watched Punchline’s rise until it unexpectedly decided to drop in mid- to late September. And just as unexpectedly, my calls from Mr. Romero stopped too. Who would’ve thought? The hard lesson I learned here, if you go back to my post from July, is that investment scams are out there and scammers have no qualms about cold-calling/emailing prospective investors in order to scam them out of their money. Thus, before you plunk down your hard-earned dollars on an offer that’s just too good to pass up, carefully consider who might be benefiting from that offer.

The Bollinger Report URL is no more. However, the IP address that Bollinger operated under (72.18.133.75) is still active and contains two other penny stock/pump-and-dump domain names: gainhunter.com and brightonmarkets.com.

Until late February, Gain Hunter was still touting shell companies such as Green Innovations Ltd. (GNIN:OB) to investors through email. With the rise, and the inevitable fall of GNIN, both Gain Hunter and Brighton are still online but their websites have been completely stripped down. Another online incarnation of the Bollinger Report is likely in the making and the group is probably biding its time until things cool down.

While perusing the skeleton site of Brighton Markets, I was intrigued by its disclaimer. Here is an excerpt from the site:

“We are engaged in the business of marketing and advertising companies for monetary compensation.”

Perhaps most enlightening was the following passage:

“Please be advised that BrightonMarkets.com has been paid in the past by third-parties, and expects to continue to be paid by other third parties, to perform promotional and advertising services. These services include the issuance of this release and the other opinions that we release concerning a profiled company. BrightonMarkets.com has not investigated the background of the hiring companies. Anyone viewing this newsletter should assume the hiring parties or affiliates of the hiring parties own shares of the profiled company of which they plan to liquidate, further understanding that the liquidation of those shares may or may not negatively impact the share price.”

It’s too bad that Brighton Markets didn’t provide their disclaimer as follows: “Before you invest with us, please watch the movie “Boiler Room”. 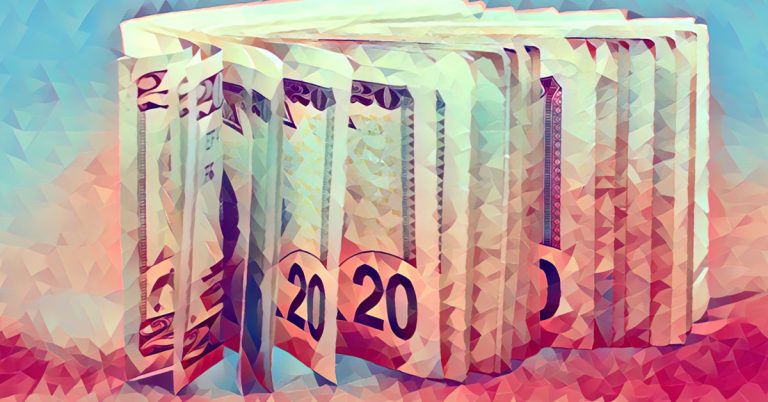 Whether you’re looking to change professions or aiming to land you first job, click here to see all kinds of jobs that pay $20 an hour.

50 Ways to Start Your Own Business and Operate Completely Online

If you’re brainstorming business ideas for 2018, here’s a list of 50 businesses that you can totally set up and operate from the comforts of your own home.

Here’s another look into some of my personal earnings with Mediavine for the month of October 2018.