Once upon a time, freelance writers could write for content mills like Yahoo! Contributor Network or Demand Media (stock ticker: DMD) and make as much as $2K/month for keyword and link-stuffed writing bits.

Then, the Google Panda, Penguin and Hummingbird updates penalized these ad-heavy and SEO-centric sites and the parent companies suffered. Many content farms either merged, lost/ousted their CEOs and staff, or went out of business altogether.

As fewer and fewer content mills pay their freelance writers even the pittance $5 or $10 per keyword-stuffed article, a different writing model has emerged. This model, which operates via revenue share, is gradually replacing the practice of paying writers a set amount of money for published content.

Instead, revenue share sites emphasize long form, quality content and work with their writers to enhance their journalistic skills. In doing so, revenue share sites are more likely to become populated with lots of “newsworthy” content (i.e., high traffic content) that isn’t penalized by the next Google algorithm update. Some examples of revenue share sites include Examiner and HubPages.

Another case in point is Guardian Liberty Voice (GLV), a citizen journalism site that has been operating for about two years now. GLV’s motto states “boldly inclusive,” and GLV is certainly living up to its claim. Recently, the site announced plans to hire 900 new writers. Yeah, that’s nine hundred. How does a roughly 2-year-old company manage to hire and pay this amazing number of writers?

The answer lies in the term revenue share. GLV doesn’t pay outright for published content but works with writers to help them achieve high page view numbers. This translates to a set pay-per-mille or PPM (i.e., pay rate per thousand views) for the writers and thus their compensation.

The actual help that GLV provides consists of a rigorous training period, or “bootcamp” as it’s called. Writers that pass the bootcamp start earning a given PPM. Writers also can become “Senior Correspondents,” and receive not only a higher revenue share for their own content but also a good share of the revenue generated from “members they assign stories to on their team.”

In turn, GLV receives ad revenue from its advertisers for offering a set cost-per-mille (CPM) to their ads. Because GLV is not a subscription-based online newspaper, its major revenue source is advertising (as is the case even with most subscription-based paper newspapers).

Is Guardian Liberty Voice worth the time?

The following are some of my “nays” to writing for GLV:

From a journalistic standpoint, the majority of GLV’s citizen-produced content is simply rehashed and/or directly quoted content from secondary sources like Google News, The Wall Street Journal, USA Today and Chicago Tribune. I used to work for a small town newspaper and the first thing I learned is that you never quote other newspapers as your primary sources. No, you either go interview people or you quote data findings from primary sources like the CDC, NIH, U.S. Census Bureau, etc.

So, it seems to me that GLV’s bootcamp consists largely of “training” citizen journalists to simply keep up with the latest Google Trends and re-report them.

GLV’s popularity may be overstated

There are worthwhile publishing platforms that oftentimes pay only via revenue share; Entrepreneur, Forbes and Inc. come to mind. However, these aforementioned sites draw huge audiences as well as prospective clients.

With GLV, the audience is just not that big. The following Google Trends graphic compares GLV to other citizen journalistic sites like Examiner and revenue share sites like HubPages. I’ve written for both Examiner and HubPages and even during these sites’ popularity peaks, never did I earn more than $50/month for content that generated tens of thousands of views. If such hugely popular sites like Examiner and HubPages barely generate any revenue share, how is a fledgling site like GLV going to buck the (literal) trend? 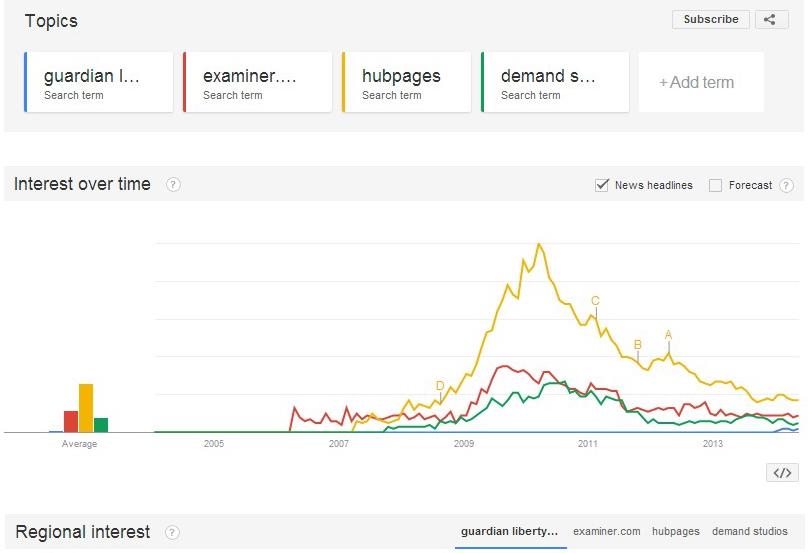 A comparison of trending interest in GLV, Examiner.com, HubPages and Demand Studios

GLV has been criticized for its business practices in different writers’ forums; namely, Senior Correspondents earn 20% of the income generated through their writer “team.” As a result, these correspondents go on social media sites and attempt to recruit writers to apply for writing jobs with GLV. Fresh recruits are then put through a three week boot camp during which they produce mass amounts of free content.

According to one Reddit comment about GLV, “It kinda looks like they’re using their “classes” as a content farm – they require more than 20 articles per student in the training period.” Also, the application process itself requires that you submit a sample 500-word article to the site.

The following conversation that Carol Tice had with a GLV writer is quite enlightening (check the comments of the post). In numerous instances, the writer was asked to outline how much money GLV writers earned per article or per hour, and to no avail. To be fair, there was one instance of a rate of $38/hour being named, but no mention of how many articles had been produced to achieve this rate or if the writer was also a GLV senior correspondent.

Given all these issues and remaining questions about just one revenue share site, here’s my advice to aspiring citizen journalists and writers:

Start your own blog.

Forget about submitting hundreds of articles somewhere else just to eventually earn a “passive income” of $10 or $20 per month. And I quote the term passive income because, on sites like Examiner and GLV, you need to keep submitting regular content each day or month in order to keep collecting your revenue share.

Given that all revenue share sites are not under your immediate control, you could also eventually lose your hard-won passive income should these sites close shop or change their payout rules. In essence, you’re a digital sharecropper and relying on the stability and goodwill of a third party site to make back your initial investment of writing time.

Sure, having your own blog won’t give you the instantaneous audience of Examiner or GLV. However, even revenue share sites rely on you doing your own article PR to generate more page views. Why should you do all this work for just a fraction of the revenue?

On your own blog, you can eventually work with your own advertisers- and keep 100% of their fees. You can also go ad-free and offer quality products or consulting. In the end, having your own blog means having absolute control over your own product- you- without having someone else line their own pockets with your writing and marketing efforts.

1 thought on “Writing for Revenue Share Sites: Worthwhile or Waste of Time?” 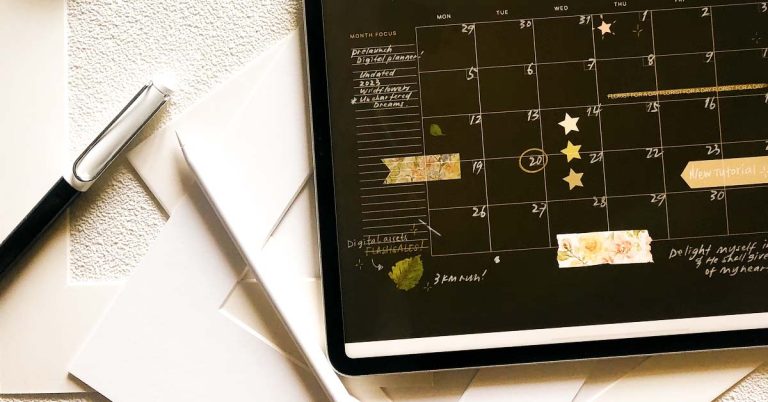 How to Land an Appointment Setting Job

Get Paid to Write Articles: 7 Tips to Kickstart your Writing Career

Following your passion as a writer doesn’t have to mean low pay and little exposure. Follow these tips and you can seriously get paid to write articles.