Josh Owens is really living his dreams. He’s got the waterfront property, the Jaguar, the boat, oh, and the money. He’s also got plenty of time to show it all to us over and over again.

This Click Clone Cash review is going to take a look at his “zero click” product that he claims will make you millions by finding and cloning successful online businesses. All you’ll have to do is tell the system where to send the checks.

Normally when reviewing products I’d go into details of what the product is, then tell you whether or not it really is that. Unfortunately, Josh made me sit through his BS for so long to find out what he’s actually offering, that I’ve just decided to skip to the point.

It’s not going to make you any money.

So What Is Click Clone Cash Supposed To Be?

As I said, Josh has supposedly set up a program that will install software on your computer, then search the Internet for successful online businesses, and clone them for you. You’ll be able to sit back and make millions with this system.

Let’s take a closer look at the reasons why this is all fabricated.

The Video Shows It All

I’ve seen some pretty outrageous videos in the past with terrible paid actors walking around empty mansions and driving fancy cars, claiming to be millionaires. This one really does go a little far. You don’t need to set the whole thing on a yacht on a river while wearing your Harvard Law School T-shirt unless you are just trying to hype everybody up.

Claiming that you’re not doing that doesn’t help. In fact, the homepage even shows that these people are actors:

There are so many holes that I spotted in the video to know that it’s fake. I’m going to show you a few here.

1. When Josh returns home, his kids and wife are surprised to see that he’s got home already and rush to say hi. Well that’s fine, but how did the cameraman get inside without you figuring out your dad was home?

2. When Josh gets suddenly called up on Face-Time by one of his partners, how come she didn’t know already that she was being filmed? There’s a camera right in front of her face!

3. Isn’t it convenient that there happened to be a camera in his old law office (and he looks no younger), 5 years ago when “Aaron” walked in, so he could film the whole conversation? From four different angles?

4. Josh said that if you leave the video, you’ll not be able to return. Well that’s a lie. I’ve left and returned loads of times (I’m addicted to that “OMG girl” at the beginning).

Seriously? Still thinking this is a legitimate video?

OK, so maybe they staged the video but the product still works right? That’s a stretch based on all the other dodgy products out there doing the exact same thing, but I’ll humor you.

If you manage to get to the end of the video, you’ll see “Josh” telling you that you need to pay for some hosting to set it all up. This is where he gets his money out of you. 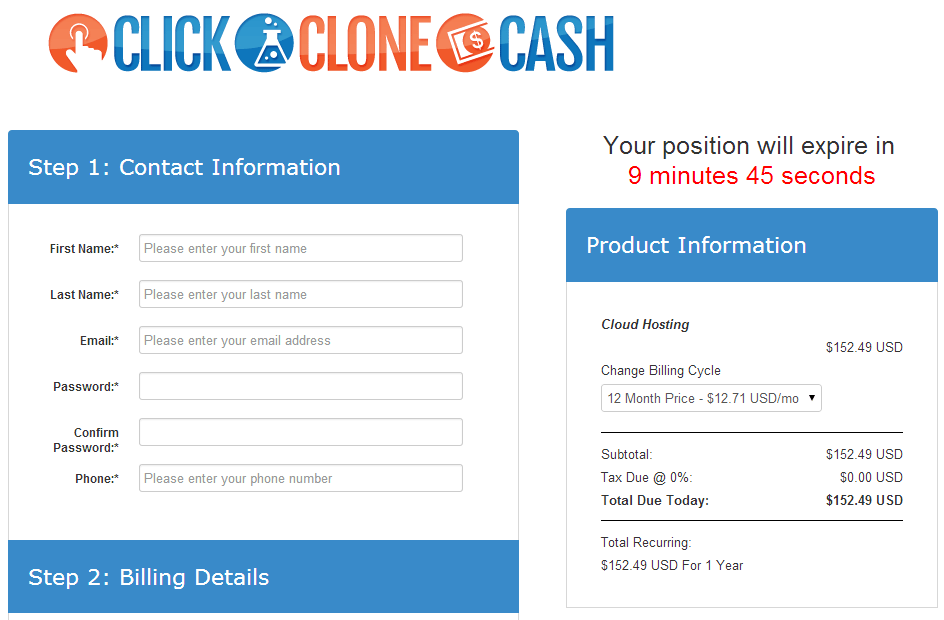 In fact, I’ve reviewed another product that does the exact same thing. It’s all designed to convince you to spend money on hosting.

Take the advice of one of Josh’s supposed partners:

How To Start A Catering Business From Home

Do you have a passion for food and cooking? Why not turn that passion into profit? Read on and learn how to start a catering business from home.

3 Challenges of Making Money Online and How to Beat Them

Making money online in 2019 is possible, but just like in the past, you may face numerous challenges that would prevent you from turning an online venture into a fulltime income stream. Learn how to deal with common make-money-online problems here.

Speakwrite Review: Is this a Legit Transcription Job?

Interested in working for SpeakWrite? Here’s an honest SpeakWrite review and other transcription job options if you’re serious about becoming a transcriber.