Diamonds are intrinsically worthless, except for the deep psychological need they fill.

Roughly five months ago, your TV, radio and compubox were flooded with ads for those expensive and tiny baubles known as diamond engagement rings. You were told outright that, if you as a man had any kind of girlfriend worth proposing to, it had better happen with at least two months’ salary compressed into a diamond engagement ring…or else.

As a woman, you were told to live in joyous expectation of a (no less than) one carat diamond on your finger come Christmas or New Year’s.

Now, at five months’ post-engagementocalypse, it looks like the male income tax season has finished strong. As the both of you now look forward to married bliss, let me lightly suggest the following:

You may have been scammed.

The most brilliant marketing strategy…ever

Back in the late 1930’s, a regional diamond trading company named De Beers was in trouble. Diamond prices were falling and only the rich opted to purchase those sparkly things. Furthermore, a huge cache of diamonds had been discovered by the company in a South African mine, threatening to devalue the once rare gem.

The rest is marketing history.

The Ayer agency ran five campaigns. Some of the campaigns, targeted at men, equated buying an engagement diamond as proof of masculinity, accomplishment and financial prowess.

Other ads, targeted at women, associated diamonds with sacred places like cathedrals to link the occasion of marriage with diamonds. Female-targeted ads also featured paintings by famous artists alongside diamond rings, equating the diamond with high culture and refined taste.

A diamond is a scam

There was just one fly in the ointment…what about couples who hit upon hard financial times and wanted to sell back their diamond engagement ring? This was an issue in more ways than one.

To begin with, diamonds are actually not scarce but rather plentiful. However, De Beers is a diamond monopoly and controls the production and release of diamonds. In this way, it sets the price of diamonds. It also operates the Central Selling Organization, which coordinates all diamond marketing efforts.

One message, one price.

In light of this sobering reality, the Ayer agency had to somehow stop people from wanting to trade-in or sell back their sham goods. But how?

Enter Frances Gerety, a copywriter for Ayer. One night in 1947, in need of a catchy slogan for an ad, she hurriedly wrote the following line, “A diamond is forever.”

This slogan cleverly exemplified the ideal of marriage alongside the travesty of selling the very symbol of that ideal. And De Beers has been using that slogan ever since.

De Beers originally targeted the U.S. market with its excess diamonds because, even before the propaganda took hold, Americans already correlated the diamond with romance and love. However, now that the American market was saturated with these flashy gee-gaws, it was time to look elsewhere for consumers.

That place was Japan.

For this effort, De Beers contracted the J. Walter Thompson ad agency, which already had established offices in Europe and Asia.

Instead of equating the diamond engagement ring with romance and love, the Thompson agency portrayed it as something that is part of the yuinohin, or betrothal gift given from the groom to the bride’s family. Because the gift is for an entire family, Thompson emphasized that it should be three or even four months’ worth a groom’s salary.

When Thompson began using this particular strategy in 1968, diamonds were given at only 5% of Japanese engagements. By 1981, diamonds were being presented at a whopping 66%.

Germany was also a successful target, once the agency learned that some Germans liked to have their wedding bands studded with diamonds.

What this means for you

Marketing is a fascinating science that can be used to generate billions of dollars in revenue, and even from product that is inherently worth very little. Here are four “take-home” lessons from the diamond marketing industry that you can insert into your own campaigns:

Steve Jobs famously said, “Customers don’t know what they want until we have shown them.” You need to convince your buyers that they haven’t lived, or succeeded, or experienced until they’ve purchased product X. And also, that their life, or success, or experience gets even better with product add-on Y.

2. Create an illusion of scarcity

There’s a reason why TV and radio commercials usually end with the quip “Supplies are limited” or “We can’t keep our inventory in stock.” People (just like cheetahs and fish) chase after what may soon become unavailable. It’s a simple law of the wild.

3. Hike up the price

One of my favorite marketing sayings is, “Unless you’re Wal-Mart, you can’t win on price.” You simply cannot create enough cheap inventory to compete on price in most cases. Furthermore, even if you could, there is a point where market saturation will occur and you’ll be out of luck.

In most cases, consumers will happily assume an item is of better quality if its price is higher. This example is clearly seen when consumers taste-test more and less expensive wines that are actually derived from the same stock wine.

“An educated consumer is our best customer,” said Sy Syms. Selling expensive items becomes much easier when you back the purchase with a lot of credible information. Thus, there’s good reason why diamond stores emphasize “the 4 C’s” of diamond buying and even encourage buyers to look at the diamonds through 10X loupe magnifiers.

In some cases, you may even get the consumer to purchase a more expensive item once you assuage his/her insecurity about making the wrong decision based on insufficient information.

So, is a diamond forever?

Unfortunately, the chemists say no: Check out this video of Nobel-Prize winner Sir Harry Kroto watching his wife’s engagement diamond get burned to a crisp by Dr. Peter Wothers of The Royal Institution of Great Britain. That’s one expensive flame!

8 Ways You Can Get Paid to Wear Clothes

Getting paid to wear clothes seems like a fashionista’s fantasy, but it’s possible! Here are 8 ways to get paid just for wearing clothes.

How to Become a Work from Home Financial Advisor

If you’re looking for a remote job & have a passion for finance, check out how to earn big bucks from a work-from-home financial advisor job. 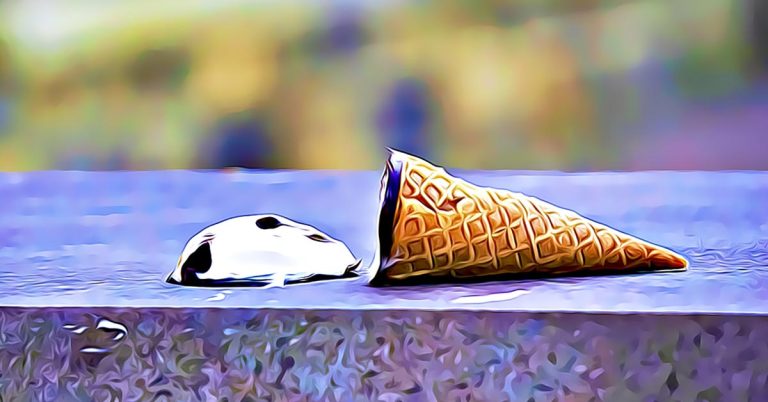 How to Get a Refund on Doordash Guaranteed

Learn how to get a refund on Doordash and necessary information if you got a wrong order, food was never delivered, or any other problems.