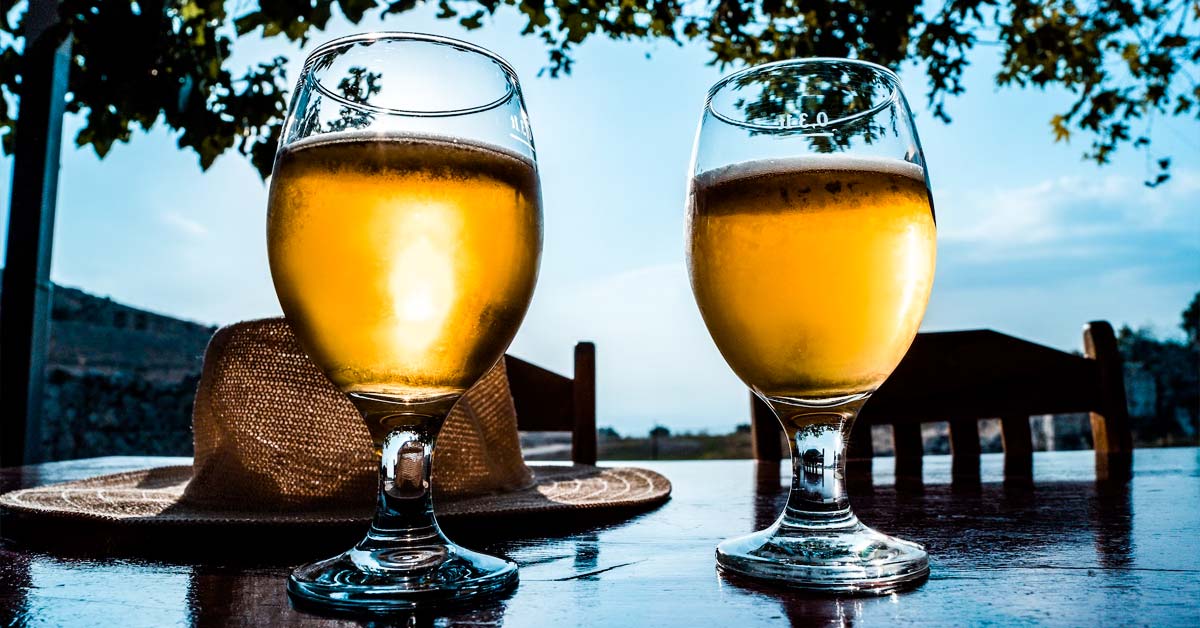 How awesome would it be to get paid to drink beer?

How many times have you or your drinking buddies joked around about quitting your day job if an opportunity to earn from drinking all day arises?

Well, if you love drinking beer, studying the intricate process and rich history of brewing, visiting all the taprooms near you, and discovering new craft beer in the market, then you might just find ways to earn some side cash from it.

Today, let’s look at some of the ways you can earn money from drinking beer and how you can go about finding these jobs.

A lot of these options require a career shift into the world of brewing.

Let’s be honest, no one is really going to pay you to sit down and have a pint with your pals.

Although, option #5 is about as close as you can get.

Yes, this is a real job.

A professional beer taster goes around tasting all kinds of beer, noting their taste, texture, flavor, smell, and other details, and judging them based on a certain set of criteria.

Beer and ale makers employ them to sample their latest recipes. Pub owners also employ them to taste beers from different producers, more recently local breweries and taprooms, to get recommendations for beers to serve at their pubs.

A bachelor’s degree is preferred, but not required. On the other hand, getting certified as a beer taster can give you an edge in terms of getting the job. Among the most popular certification programs are the Cicerone Certification Program and The Beer Academy Accredited Beer Sommelier Scheme.

It’s more important to have a refined palate, extensive knowledge of the different types of beers and how they are produced, and the ability to report your findings in a detailed, comprehensive, and unbiased manner.

The best places to find these jobs are the job boards at breweries you’re interested to work with. This type of job is normally listed as Professional Beer Taster, Beer Sommelier, or a Beer Quality Technician.

2. Work as a Sensory Lab Technician

Sensory analysis sounds a lot like a fancy name for “taste testing,” but it’s really not.

It involves examining beer products’ look and color, aroma, mouthfeel and texture, and of course, the taste.

These attributes are a result of the unique combination of the thousands of chemical compounds in the beer. A sensory lab technician is involved in developing programs and methodologies, as well as determining just the right ingredients and processes to get that unique combination right consistently in every brew.

Thus, to be a sensory lab technician, not only do you need to have a discerning palate but you also need to know your chemistry.

A bachelor’s degree is usually required, as well as laboratory experience.

Craft breweries hire sensory lab technicians to maintain the quality of their brews, and your local craft breweries are the best places to find these jobs. It’s possible to find it listed in general job boards as Brewery Lab Technician, Sensory Analyst, or Sensory Scientist.

3. Be a Local Brewery Representative

Want to get paid to drink beer and to travel?

Being a brewery representative may just be the job for you.

A brewery rep, as they’re sometimes called, represent the brand and work with wholesalers and retailers of the beers to increase distribution, visibility, and sales. They maintain inventory levels and make sure that their products are displayed prominently at points of sale.

Brewery representatives are also in charge of strengthening brand presence in a certain area. They usually host beer tastings and other events to promote their beers. Essentially, they get paid to host events that other beer enthusiasts pay to get into. Now, isn’t that a hoot?

A bachelor’s degree is preferred, but not required. Experience in sales and marketing is more important, as well as being personable and a great communicator. Willingness to travel is also a must; brewery representatives may be assigned locally but may also be assigned to other locations.

4. Work as a Beer Auditor

The objective is to check whether cashiers ask for ID when customers buy beer, as they’re legally required to do. Stores are concerned about their reputation, and more importantly, about their alcohol license.

The job involves being assigned to nearby stores, blending in as a customer, and buying beer. Simple, right?

You’ll need to note what time of day you came in, which cashier handled the purchase, and you need to keep your receipt as proof that you completed the assignment to get paid and so that you can get reimbursed for your beer. Hooray for free beer!

Stores don’t directly hire beer auditors, and neither do beer or liquor companies. To work as a beer auditor, you’d need to join an auditing company. The following are some of the companies that periodically offer beer auditor assignments. 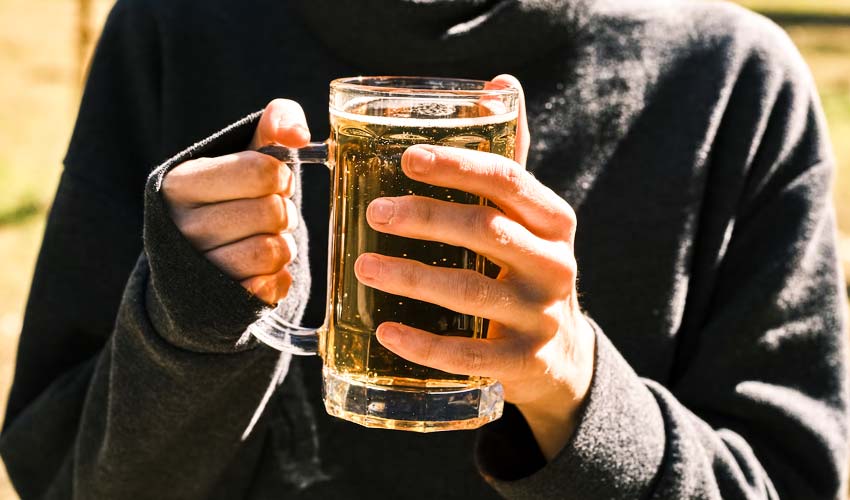 This is just about as close to getting paid to drink beer for normal folk as you can get.

Thanks to apps like Secret Hopper and PintPass, ordinary folks like you and me can now visit any brewery locally and from other towns, get a free flight for doing so, or paid cash after a brewery visit.

Note that these won’t get you rich, or will not substitute a proper day job, but remains a cool and fun experience to try out new beer and ale in exchange for free beer and some change.

Get Paid to Drink Beer with Secret Hopper

“Secret Hopper” was named after the long-time side hustle “secret shopping” wherein you’d shop at stores or dine in restaurants then grade everything from customer service to food presentation, shelf display, and so on.

Because employees of an assigned store or restaurants are not informed about secret shopping assignments, the companies use the feedback gathered from secret shoppers to improve their product or service.

To become a secret hopper, you need to submit an application by filling out a form.

The form includes a couple of questions asking for essay-like answers. Write well, since the more detailed your story is, the more likely you’d be selected for Secret Hop assignments.

If selected, you’ll visit the brewery, sample the products, and then fill up a questionnaire along with your receipt. You’ll receive payment via PayPal after a couple of days for your “work.”

The standard Secret Hop pays $20, which often covers the cost of a flight and pint.

However, if you’re lucky, you can be assigned with a “hop” that includes free dinner or higher compensation.

Secret Hopper encourages breweries to sign up and “be hopped” for a fee.

Get Paid to Drink Beer with PintPass

PintPass is a cool little app that serves as a directory of local breweries.

There are over 6,500 breweries on the PintPass list, which means it can be pretty useful even if you’re not looking to earn money on the side.

However, unlike Secret Hopper that is paid by breweries for much-needed feedback about their business, PintPass uses their own money to pay for the feedback that a user gives them when they visit a brewery.

Ryan Rickert, the founder of PintPass, reportedly wanted to improve the industry. Since there are still very few data sets available for the craft beer industry, the PintPass app helps in capturing this data from real beer lovers across the country.

Anyone can download the app, check-in to a brewery, and fill out one survey at each brewery you visit.

Once you have over $10 in your account, you can redeem your beer money, which will be credited into your virtual MasterCard.

You can also gift your credits to anyone via the Text-A-Beer tab in the app.

A brewmaster is someone who is responsible for all things beer-related. They know raw materials inside out, develop recipes, prepare beer mixtures, oversee fermentation, and have the final say on beer quality.

Some of the duties of a brewmaster include selecting the right raw materials, finding and contacting suppliers and vendors to source them, making adjustments to processes, managing staff, and other resources to meet objectives, and continuously creating and tweaking recipes to make sure they appeal to the target market.

Your passion for beer isn’t enough to qualify you for this position, though. A bachelor’s degree in microbiology, food science, biotechnology, chemistry, or any related course, and at least 10 years of experience working in a brewery is required.

Employers may require you to have completed a specialized course in brewing from an established brewing science institute.

A brewmaster may be employed by a microbrewery, where they’re likely going to be the head person, or a larger commercial brewing establishment, where they usually oversee a team who does the day-to-day tasks of brewing the beer and maintaining quality control.

How Much Can You Get Paid to Drink Beer?

The actual amount varies per position.

Beer auditors and secret shoppers get paid per output, so take as many assignments as you can to maximize your earnings.

Of course, with all of them, you get to drink free beer!

Getting Paid to Drink Beer is Real

You shouldn’t be surprised that you can get paid to drink beer, although landing a full-time job is going to be very challenging.

As you can imagine, the demand for full-time beer tasting jobs is high and there are very few opportunities available.

Maybe you should consider starting your own brewery instead? 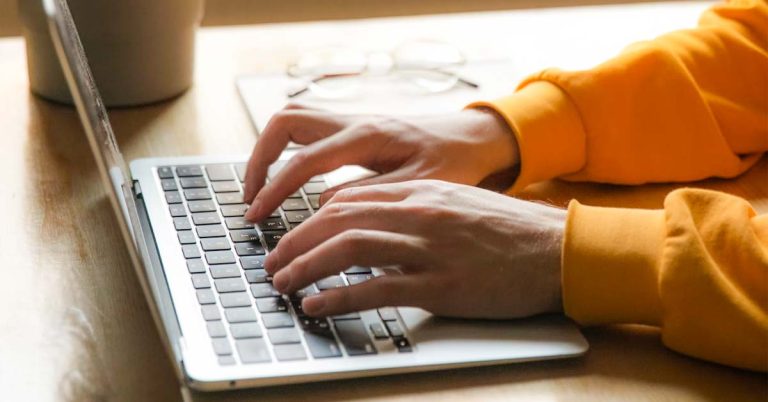 Companies are moving towards paid online focus groups and this allows you to participate and earn from home. Here are 18 companies to try.

Whether you’re a night owl or just want to make some extra income, you’re in luck. Here are 10 types of work from home overnight jobs to check out.

How to Rent Your House Out and Embrace the Airbnb Era

Are you trying to learn how to rent your house out and bring in some extra income each month? This guide will tell you all you need to know.