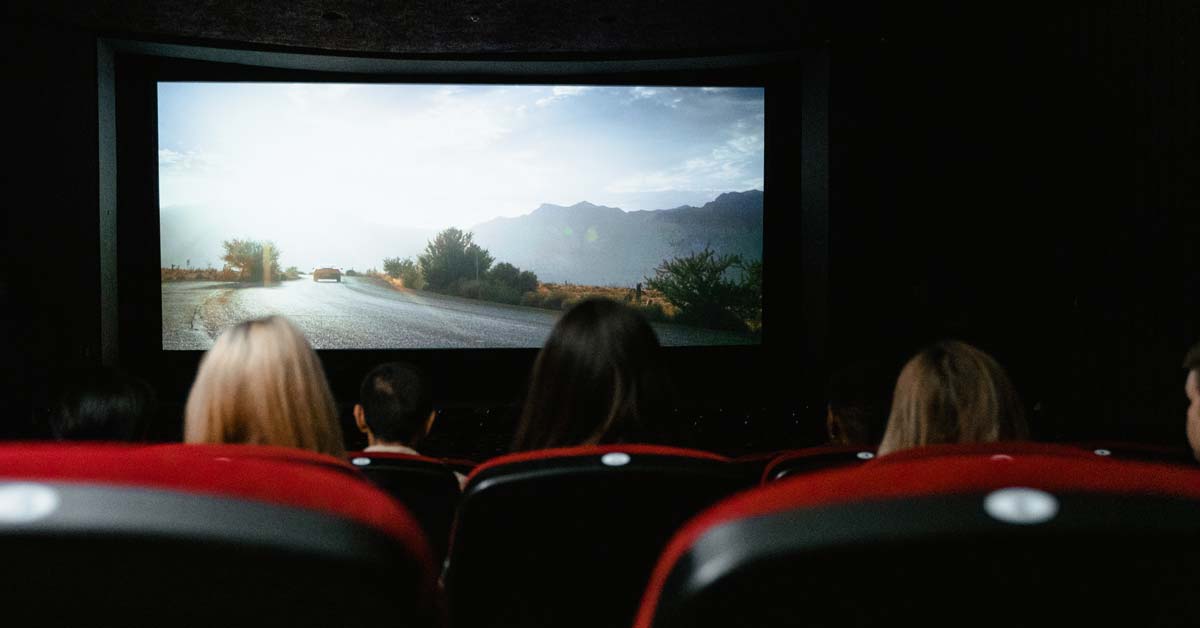 Ever wondered how to be a movie extra, or in TV shows, commercials, music videos, theater productions, and other cool productions?

If you love everything about the entertainment industry and want to try your luck with movie extra jobs, this post is for you.

Today, you’re going to learn how to be a movie extra, where to find jobs, and what to expect when you go down this path.

What is a restaurant scene without waiters walking by and diners eating at the other tables?

What is a street scene without other pedestrians?

What is a football scene without spectators cheering their team?

They’re simply unbelievable. If these scenes are unbelievable, audiences are distracted and cannot immerse themselves in the movie or show.

Known as “atmosphere,” or “background actor,” an extra is someone who adds life and authenticity to a scene in a movie, TV show, stage, or any other production. These extras often have non-speaking characters and just pass by main characters, stay in the background, or serve as one person in a crowd.

Extras are especially valuable in war and historical films that typically require crowds numbering in the thousands.

How to Be a Movie Extra

Do You Need Acting Skills or Experience?

The best thing about movie extra jobs is that you don’t really have to audition for a role.

As such, regular folk like you and me can become an extra in a movie, as long as the casting director thinks we have the right look, hair color, height, size, and other physical characteristics they might need.

Before you find movie extra jobs, here are several things you should prepare (and don’t need to prepare):

Get an Agent vs. DIY Job Hunt

In the past, the norm was to go to a casting agency, pay money upfront (about $20 to start), then wait for the agency to notify you about movie extra jobs.

As a rule, if you want to join a casting agency, go for those that do not charge a dime.

They may ask for a lot of requirements (ID, work permit, resume, etc.), but as long as no upfront fees are charged, then go for it!

Most of the time, these production companies would email job details to casting agencies or post directly on online job boards.

Depending on which casting site you joined, the application process may vary a bit. Most of these sites have a job board in place for you to check out current extra casting calls.

You’ll want to steer away from websites that charge you a monthly fee just to send you information on casting calls because it’s rarely worth it. You don’t get priority status anyway and you can find a lot of these casting calls on your own if you’re willing to do the work.

Apply and wait. If you receive a phone call, text message, or any communication from casting directors, then you’ve tackled the first phase.

What Extras Should Expect on Set

So let’s say you got the job.

If you’re lucky to receive a booking notice, this would detail everything from wardrobe to call time, makeup requirements, hairstyle, etc.

You’re probably going to be responsible for your hair and makeup, unless you’re working on a set like The Walking Dead (where extras require plenty of makeup/prosthetic work done), or Game of Thrones (where extras have to do costume and makeup first).

Here are some things that movie extras need to do and keep in mind:

Should I Join SAG-AFTRA?

As I mentioned above, when you work in a SAG-AFTRA production and the role you play is covered under a union contract, you get a SAG voucher. You can earn your SAG-AFTRA card when you get three SAG vouchers.

There are some pros and cons to consider before you decide to join SAG-AFTRA.

Having a SAG card means you get higher pay rates than nonunion movie extras and you’re eligible for bonuses or pay bumps for things like bringing your own props or having certain skills. Casting people also tend to hire SAG card-carrying extras.

But you can only maximize these benefits if you live in a city where plenty of SAG-AFTRA productions are made. Having a SAG card disqualifies you from working on nonunion productions and roles, which are more plentiful even if they do pay lower. SAG-AFTRA also requires a high initiation fee and annual dues.

How Much Do Movie Extras Make?

However, there are things you should know about the income of movie extras:

Can Working As A Movie Extra Lead to Other Acting Gigs Down the Road?

If you’re looking for information on how to be a movie extra because you’re planning to become a professional actor, being an extra shouldn’t be your first step. Instead, find agency representation, which would work in finding you real acting jobs, voice acting jobs, brand ambassadorship gigs, and other media and acting jobs you have in mind.

In fact, many casting companies specializing in background actors remind these extras to lower their expectations. You looked for movie extra jobs, you applied, and you got the job. As far as being seen, extras are literally the background for a movie, TV show, or any other production.

Forget about being discovered. Your chances of becoming a professional actor from your gig as an extra are slim to none.

Your next best bet is to land the job of a stand-in, or the person used as a substitute for the actor before the actual shoot.

Stand-ins are important since they help the production get the lighting, camera setup, and other technicalities perfect for filming without paying the main actors a premium and without wasting their time.

If you do love the industry and want to get more stable work as an extra, make sure to network in every production. Introduce yourself to the production assistants, crew, and other people involved in the production whenever there’s downtime.

Absorb everything you can about the production while you’re on set.

The bottom line is, be a good movie extra and it can open up more opportunities for you and make this a lucrative side gig.

Drone pilot jobs are increasingly becoming popular. Here’s what you need to know to be a drone pilot, with 12 industries that have jobs.

Get to work from home and see the world by becoming an independent travel agent. Here’s an easy guide on how to become a travel agent today.

When you have a couple of old phones, you may be asking yourself, “Where can I sell my phone?” Read on to find out how to sell your phone.