If you’re looking for ways to make some real money online, investing in stocks is still one of the best ways to do it. In spite of our lackluster economy, many companies are regularly churning out profits as well as dividends. Investing in these companies can be a great way to gain a piece of that corporate pie- provided you invest in the right pie.

Revenue, income and cash- oh my!

Back in June when I discussed how to make a passive income with stock dividends, I only lightly touched on studying financial reports before purchasing a company stock. However, analyzing a company’s financials is critical if you want to keep your investment dollars safe and not be surprised by a sudden stock price correction, earnings loss or bankruptcy (ahem, Enron). There are three financial reports that you will need to become familiar with: the income and cash flow statements and the balance sheet. There is also the statement of shareholders’ equity that is always worth a look-see. Finally, some companies make additional reports to the SEC via footnotes, which many investors fail to read but which can contain critical information about a company’s future.

Publically traded company financial statements are released on a quarterly or yearly basis as 10-Q or 10-K statements, respectively. Foreign companies provide their financial information on 20-F documents. You can find these documents by going on the company’s website and clicking on the Investor Relations link or tab. Alternately, you can find such information by going to the SEC’s Edgar website and typing in the name of the company.

How much money did the company make (i.e., total revenue)?

How much money did the company keep (i.e., net income)?

These questions are critical because they address a company’s growth and money-making potential as well as whether the business model is sustainable (i.e., profitable). After dividing net income by total revenue, you also get the profit margin, a key indicator of a company’s ability to survive and thrive even in a bad economy. Profit margin is also useful when comparing companies in similar industries; for example, in the grocery sector, where profit margins are historically very small, Whole Foods Market’s (Nasdaq: WFM) profit margin of 4.29% for the third quarter 2012 is better than that of Roundy’s (NYSE: RNDY), which stands at 1.91%. Dividing net income by the number of company shares also gives you another important factor: the earnings per share or EPS. The EPS will be discussed in the second part of my series on stock investment.

What is the company doing with its earned money?

Cash flow can also be contrary to the real profitability of a business. Groupon (Nasdaq: GRPN), for example, reported its 2011 cash flow from operations as being $290 million; however, items that were not accounted for were $390 million in merchant accounts payable and $189 million in expenses and liabilities. When balanced out, this means that Groupon lost about $289 from running its business despite a positive cash flow.

How is the company doing right now?

Is the company better off today than last quarter/year?

The balance sheet provides such vital information as the company’s cash and cash equivalents, long-term debt, inventory, cost of goods sold (COGS), liabilities (e.g., mortgages) and accounts receivable (i.e., money owed to the company). The income and cash flow statements feed into and make the balance sheet, and many investors will actually look at the balance sheet first to gauge a company’s fiscal health.

In essence, a company’s assets must be equated by its liabilities, such as mortgages and business loans, plus any equity that the business owner brought into the business (e.g., building the business on land s/he already owned).

Looking at balance sheets across several quarters or years, you want to see an increase in assets and a decrease in debt. You also want to see a stable inventory, indicating that goods are not just languishing in some forgotten storehouse or on shelves. Likewise, inventory growth should not exceed sales growth. Inventory turnover rate, which is the number of times a business sells out its inventory in a year, can also be measured by taking the COGS and dividing it by inventory. The higher the turnover rate, the better.

The Statement of Shareholders’ Equity answers the following question:

Where is shareholder money going and what has the company done with it?

Included as the last portion of the balance sheet, the statement of sharegolders’equity portrays the amount of financing that the company has enjoyed via its common and preferred stock offerings to investors. Shareholder equity is comprised of two monetary amounts: the original amount of money that shareholders used to buy equity in the company, along with later equity purchases and appreciation, and the company’s retained earnings from operations, which are defined as the earnings the company chose to reinvest in its operations versus using them for officer salaries, CEO bonus, etc.

Financial footnotes are arguably one of the best ways to find out what’s really going on at a company aside from being on its board of directors or spying on its officers (not advised, by the way). Footnotes answer all kinds of questions you wouldn’t initially think to ask, such as the following:

Why are these operational/financial results significant?

Footnotes are kind of like the fine print of the financial reports that a company releases. In order to make those reports appear sleek and clean, many technical details are left out. However, because such details must be mentioned somewhere, they are often placed into the footnotes. Also, because it’s difficult to scour every single financial report for juicy company gossip, some websites such as Footnoted.com actually compile and report on company footnotes.

These footnotes tend to have either of the two characteristics:

They detail some accounting measure of the company. For example, a company may define when it considers a good or service to be sold and classified as revenue. Such an accounting definition is key for companies whose products are distributed through several channels before being sold to the end consumer; for example, Ford (NYSE: F) cars are manufactured at a factory, sold to dealerships, and finally sold to consumers. At which point is the car actually considered sold? For Ford, it’s at the point when the manufactured car is sold to the dealership.

They discuss why a financial or operational event bears significance. Companies often use footnotes to explain why a corporate officer was hired, why the company revised its income or cash flow statements, etc. Likewise, footnotes are often used to creatively hide bad events. For example, a company may have invested and lost a significant portion of its assets in a bad business deal. Because it is legally obligated to discuss significant events beyond just the legal minimum (e.g., income statement), this company could include the news of the bad business deal in its footnotes and then try to bury that news within a bunch of legal jargon. However, if you had read those footnotes, you would be instantly alerted of that bad deal. Furthermore, the company’s excessive use of “legalese” would’ve told you that something was amiss. This is just one more reason why it pays to read the “fine print”.

Hopefully, you’ve now gained a better understanding of company financial reports and how they can help you gauge the financial health and future of a company you’re thinking of investing in. Now that we’ve covered the three critical financial statements that companies release, next week’s article will focus on critical financial ratios like P/E, beta and debt/equity.

How to Earn Extra Money and Freebies as a Product Demonstrator

If you are social by nature, you can make some decent side cash and score free products by becoming a product demonstrator. 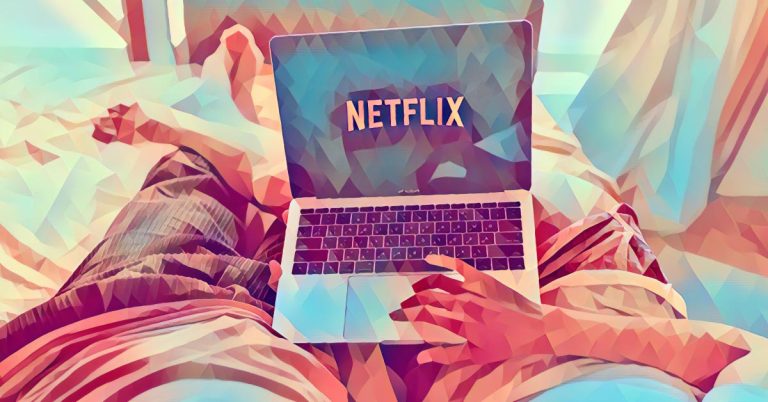 7 Ways You Can Get Paid to Watch Netflix

If you’re a fan of Netflix and have been looking for ways to make money online, here are 7 legit ways to get paid to watch Netflix.

Do you have a lot of stuff sitting around that you want to sell? I’ve rounded up the 5 best selling apps that will get you the most money for your junk.