Lately, it seems that there are multiple online and work-at-home opportunities that operate as ad pack Ponzi schemes. These schemes do not make you any money. In fact, you end up losing a good chunk of your own cash because you must “invest” in this system by buying advertising.

While you may know what a Ponzi scheme is about, you may not know about ad packs and how they fit into this plan. So…

What is an ad pack?

Advertising packages, or ad packs, are bundles of banner, video, text and other ads that are sold for a discrete amount of money (e.g., $50). After you buy this advertising bundle, you can use it to advertise your own goods and services on the vendor website or family of websites.

In many cases, your purchased ad pack gives you only a fraction of the total money you paid in the form of ads. For example, if you pay $50 for a single ad pack, that pack may only provide you with $11 worth of ads. The remaining money, meanwhile, is said to “mature” over time, like a certificate of deposit (CD).

Traffic Monsoon (TM) is one example of a platform that sells ad packs. In exchange for making a purchase through TM, you unlock a sharing position with the site. As such, you earn money from any revenues generated through TM. With TM paying out 110% currently, your $50 ad pack can theoretically become $55 when it matures.

This all sounds good, except that most ad pack Ponzi schemes have no idea when their ad packs will mature and pay out that 110% or 150% or 200%. So, you are encouraged to keep buying the ad packs, but no one can tell you when you’ll see your payout.

The other action that most ad pack Ponzi schemes encourage is the clicking of ads shown on the vendor website. Most schemes actually require that you watch a set of ads on a daily basis. The ads must be seen completely to the end or else you aren’t credited. Generally, the ads run about 10 seconds.

It’s not difficult to figure out that the “traffic” being sold by the ad pack Ponzi scheme is coming from none other than its own subscribers and members. In essence, you are paying money to view and/or click on your own ads.

Many ad pack Ponzi schemes don’t just sit back and hope you’ll buy an ad pack (or three) every day. No, many such schemes also expect you to become a paid member of their community.

Membership plans can cost anywhere from $10 to even $50/month. Once you’ve become a paid member, you share in the revenue streams of your referrals and friends. You also share in their product sales. And speaking of products…

There are no products!

Although you’re encouraged to purchase ad packs and post them on the platform in the hopes that someone will see your ads and buy from them, the site itself offers no actual products of its own. So, how does it really make money?

The answer is referrals.

You are asked to find and sign up members under you who will kick up their product revenues to you. These new members will also buy additional ad packs and membership plans. With this money, the Ponzi scheme will be able to pay off at least some of the older members’ matured ad packs.

Some ad pack Ponzi schemes have large matrix setups that kick up member earnings in elaborate ways. GlobalAdShare is one such Ponzi scheme.

When a business offers no real products of its own, and when its revenues are solely generated through recruitment of new members, such a setup is termed a Ponzi scheme.

However, many of today’s ad pack Ponzi schemes get away with their fraud by announcing that they are selling advertising.

How can you recognize ad pack Ponzi schemes?

It’s important that you not be fooled by ad pack Ponzi schemes, which will only drain you of your money and time. How can immediately recognize such a scheme?

The site may make bold claims about how it’s legit, or has $0 debt, or some other irrelevant detail. But at the heart of its message will be the insistence that you buy ad packs, and often.

2. Clicking on ads is emphasized.

The only way you’ll see any kind of traffic going to your purchased ads is if others click on them. So, you’ll be told to click on ads that other members have purchased and placed. Whether you buy the advertised products, and whether they’re even a good match for you, are completely irrelevant details.

You’re not going to make money from your product sales. The only way you’ll make any money is if you refer others and then collect a commission from their signing up with the program.

If you listen for these three telltale signs of an ad pack Ponzi scheme, you’ll steer clear of this scam and obvious attempt to make you part with your money.

1 thought on “Is Your Online Business Opportunity an Ad Pack Ponzi Scheme?”

From virtual lawyers to legal writers, here are 14 legitimate work from home legal jobs for those in the legal profession to apply for.

How Much Can You Earn Working as an Email Marketing Specialist?

Email marketing is one of the oldest techniques in the book, but companies continue to use it simply because it works. Home-based, full-time specialists can earn $30 to $50 per hour, depending on skills, experience level, and other factors. 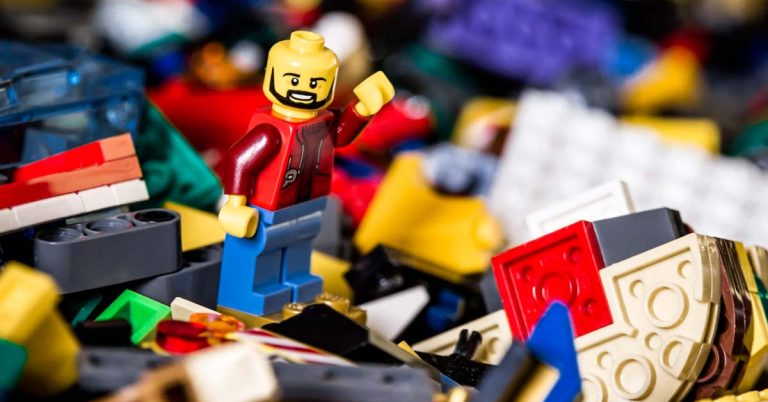 How to Make Money with LEGO Brick by Brick

LEGO bricks are more than a child’s toy; they can be a source of side cash. Today, you’ll learn various ways to make money with LEGO.