Joe: This is part 2 in our series, “An Inside Look at Nigerian Scams,” written by Nigerian guest poster, Chekwube Okeke. Read Part 1 of this series here.

Who Wants to Make a High School Boy a Millionaire?

I once worked for a man who owned a dry-cleaning outfit. He was a car freak and owned a good number of flashy ones. “He can’t be making that much money from his dry-cleaning business to buy such a large number of cars,” I told myself. A colleague was later to tell me the man had one other business he was into. “The laptop our boss brings with him to work is used to correspond with the westerners he intends to scam,” he told me.

And trying to convince friends to leave such things is out of the question. Especially when you consider the fact that some of them grew up in poverty (the economic hardship having taken its toll on them). Since they have no other legitimate means of feeding themselves and their families, you don’t know how or where to begin to make them see reason.

Some of the reasons these Nigerians give for indulging in scams range from the palatable to the outright absurd. They may tell you that “the white man came to Africa, enslaved us and stole our resources to develop their own place, so we are only taking back what the white man took from us.” Or “Hey, we just want a few thousand bucks from these westerners. After all, their economy is better than ours so it won’t hurt them.”

For me, the sooner I get a PC with an Internet connection, the better. Surfing from a café is a risk in itself. It makes me a sitting duck for the cops who, once in a while, raid cafés and arrest scammers, including, if you are unlucky, people who came to do honest work.

I was once nearly a victim of one such raid. They raided one café after another. They stormed into the café where I was. They bent close to your monitor and if what they saw on the screen didn’t seem right to them, they moved you out into a police van waiting just outside the café to join other scam suspects who were rounded up from other cafés. They ordered me to get up and I was frisked (didn’t know what the hell they were looking for). Luckily for me I was not yet sitting behind a monitor as I was waiting for a free space, because who knows? The Nigerian police are an unpredictable lot and had I been sitting behind a monitor I might have been taken away with the others.

One customer quickly hid the flash drive he had with him (must have contained some scam material). Unfortunately for him, one cop thought he saw him hide the flash drive, but didn’t know exactly where and immediately a hunt for the flash drive started. The cops looked behind monitors, under the café tables, behind CPUs, under the chairs. All the while, the cop was angry at his junior partner (who was closer to the customer when he hid the flash drive) for not being fast enough to “catch these boys,” and at the same time exchanging words with the customer himself, who kept insisting he wasn’t even holding a flash drive to begin with. He kept saying he was in the youth corps and only came to check his mails.

Alas! After some minutes the cop found the flash drive. He was right after all! He did see the scammer hide a flash drive! And in the joy of triumph the cop lands the scammer a very hard slap on the cheek, telling him: “Youth corps, huh? I’ll show you I’ve dealt with your likes before!” The scammer is dragged away and into the police van outside. (The youth corps is a one year mandatory service to the country performed by graduates right after they leave the university.)

Can’t The Authorities Do Something?

Justice was served? Not really. Fortunately for these scammers and unfortunately for the rest of society, the police are also not insulated from the economic hardship and grinding poverty in the country. So they carry out such raids mostly when they are in dire need of money themselves, to feed themselves and their families as they are not being sufficiently paid by the Nigerian government. These scammers are taken to the station where, for as little as 30 dollars or more, they buy back their freedom and our scammers are back at the café doing what they know how to do best!

The Economic and Financial Crimes Commission (EFCC), a federal government agency charged with apprehending and prosecuting corrupt government officials and scammers, as soon as it was established, read out a riot act to the cafes that aid and abet scams. So when approaching a café in Nigeria, it is not uncommon to see notices like the ones below pasted at the entrance or on the walls within the café itself:

“IF YOU ARE CAUGHT SENDING 419 MAILS, WE WILL PERSONALLY EMBARRASS YOU.
THEN WE WILL HAND YOU OVER TO THE APPROPRIATE AUTHORITIES.”
[Joe editorial note: I love that! “Personally embarrass you.” Oh, the humanity!]

These notices have become so common that even scammers no longer take notice of them. And café owners, some of whom are scammers themselves, turn a blind eye to what goes on in their cafes either because they have become used to the raids and no longer give a damn because they know the authorities are not serious about dealing with scammers and they have to stay in business, or because they make good money from these customers.

And what do the numbers 419 mean? It’s a reference to section 419 of the Nigerian constitution that deals with advance fee fraud. So when you hear a Nigerian say “I was 419ed”, he means he got scammed. Or you hear him say “that guy is a 419” or “he’s a 419er”, it means the person is a scammer. The numbers have since become a synonym for lies, cheating, deceit, fraud etc.

Why Isn’t Everyone Doing It?

Please don’t get the impression that’s it’s been a holiday for all scammers. I know people who have been into scam for years, sunk all they had into it and are yet to make it. There are scammers that have been tried and are in the can.

And like every other industry, the Nigerian scam industry has spawned its own terminology. When you hear a scammer use the word ‘MAGA’ (pronounced mahgah) or the word MUGU (pronounced moogoo) he is referring to the westerner he is about to scam or has already scammed. The word ‘HAMMER’ has come to mean to “make it big” among scammers. 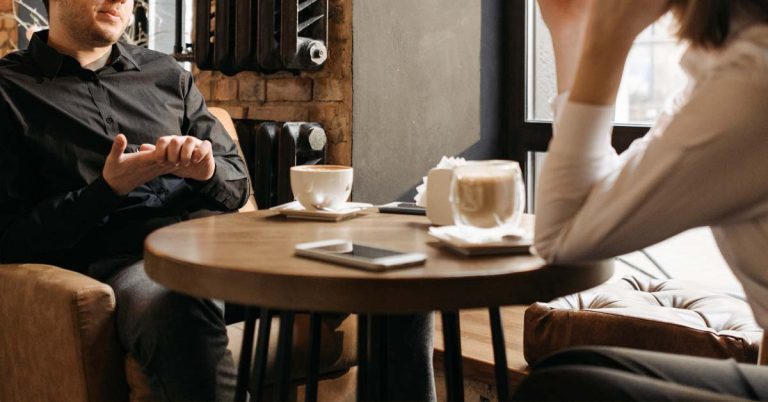 How to Work as an Online Dating Ghostwriter

Bored of the usual writing jobs? Want to try something new? Why not try your hand at being online dating ghostwriter? Learn how today!

My Home Job Search Review: Something’s Not Adding Up

Wouldn’t it be nice to have a website that listed a bunch of legitimate work from home opportunities? My Home job Search is not one such site.

Anyone with a comprehensive marketing background can dive into the world of lead generation, but those who have specialized in internet marketing have more chances to become successful in this field.