As a follow up to my prior story about Project PayDay (PPD), I wanted to let others know about the process. I did make money, but it wasn’t much, and it wasn’t easy.

On January 7th I paid $34.95 to PPD for access to their program. Since this money was reimbursed by I’ve Tried That, it will not be included in my final total.

On the evening of January 7th, after reading the materials provided by PPD, I decided to do a few things to protect myself. First, I created a e-mail address just for the purpose of PPD. I then registered with Rememberthemilk.com to keep track of my offers, opened a spreadsheet to keep track of my transactions, and then registered and logged in to a forum recommended by PPD. I also made sure my PayPal plugin was up to date. Now, I was ready to start making money right away.

I went into a forum called “Paying for Referrals” and started clicking links. There were hundreds of them, all claiming they helped newbies, or offering bonus payouts, or the biggest payouts. I wasn’t sure where to start, so I picked a name that sounded friendly. I sent her a private message and offered to “go green” for her. While I waited for her response I found another buyer who would pay bonuses on any referrals after the first one. I also sent a private message to her, picking two of her sites.

In the meantime, the first buyer had responded with a referral link and instructions on how to confirm the trade agreement between us. She offered very explicit instructions on how to go green as quickly as possible. It is a complicated dance of emptying the cache in your browser, waiting 5 minutes or more once the offer is completed, etc. I took the referral link, signed in, completed an offer and “went green” within an hour. I reported back to her that I was green, and she confirmed this, but informed me that the site was “pay on approval” which meant she wouldn’t pay me until the site approved her gift, which would take 3-4 days. She had a good trade rating, so I was irritated, but not overly concerned.

The second buyer responded and gave me links to both of the sites that I had requested for her. I logged in to the first one and completed an offer within minutes. I reported back to her right away, but she informed me that this was a “one credit” site, meaning that I had to complete one full credit worth of offers before I would be green. The offer I had completed was a one-third credit, so I still needed to do two-thirds more credits worth of offers to go green.

The site had 50 or so offers on it, and most of them either (1) cost more than I was making on the trade or (2) were less than one-quarter of a credit. I was frustrated, but completed three offers on one site, and two on the other by 10 p.m. that night.

Unfortunately, in the world of trading, most “instant credit” offers don’t credit instantly to your account (and some never credit at all). By the time I logged off at 11 p.m., I had still not greened on either site for the second buyer, and the first buyer wouldn’t be paying me for 3-4 days. Not counting the PPD program fee, I had spent $18.89 in offers and made exactly $0.00.

I completed the rest of the offers for that buyer on the second site, and received payment for that site and the original site, as well as for a third buyer during the weekend. By Sunday, January 11th I had paid out $24.88 in offers, been paid $90.00, and paid $3.42 in PayPal commissions, which meant I’d cleared $61.70 from Thursday to Sunday. Only I hadn’t.

When I logged in Sunday morning, my PayPal balance was $0.00. How could this be?

I noticed a charge from a jewelry company for $68.00 that hadn’t been there before. I checked the name of the company against my notes in Remember the Milk and looked at the terms and conditions. According to those terms, I would pay $9.00 for a sample piece of jewelry, which would arrive in 10-14 days. If I liked it (or did not cancel), they would send me another two pieces in about 14 days from the initial order all for the low, low price of $68.00 per month. I had copied and pasted these terms to the notes section of the calendar. Sure enough, I had only placed the original order just four days prior.

Monday morning I called the company and canceled the order, asking them to refund my money immediately. They did, but only the original $9.00 I spent on the introductory piece. This credited 3 days later. When I called to find out where my $68.00 refund was, I was told that the second shipment had already gone out (I hadn’t received the first shipment yet!) and I needed to return it in order to get the refund. The introductory piece arrived that day, and the second shipment a few days later.

In the meantime I had completed another $3.95 worth of offers, received a $25 payment less the PayPal commission of $1.03. My grand total after seven days work? $22.72. Not exactly stellar income.

During the week I was also doing the second part of the job: canceling all of those offers. Since I had kept pretty meticulous records, this was rather simple. When completing an offer, I would copy and paste ALL of the terms and conditions into the note portion of Remember the Milk, then set a reminder for 1-2 days before the drop dead date to call and cancel the offer before those “monthly membership fees” kicked in. The vast majority of those offers were very easy to cancel. All I had to do was call the toll free number during the regular business hours and the operator would cancel and give me a cancellation confirmation.

So far, no additional charges have appeared on any of the accounts used to complete the offers. And what about the jewelry charge? I finally got a refund, a full 33 days after they charged my account.

(Our recommendation: Your time is better spent at a free site, like SwagBucks, where they offer $5.00 just for signing up.)

I also got over 1,500 spam e-mails and more than 30 phone calls from the companies that I had placed orders through. The e-mail I set up for this purpose now gets over 400 spam e-mails per day.

So can you make money with PPD? Yes, but I’m convinced you can’t do it with Method 1.

You definitely can’t make money through PPD without thorough record-keeping and an excellent reminder system. Even with those things, some of the offer programs do not abide by their own terms and conditions. You end up doing business with companies like Google Profit System and Free Government Grants (both programs I’ve Tried That has railed against in the past month). Just today on the forums I read a story about someone who signed up for a trial offer and had the full $300+ taken from his account just days later. His mortgage payment and his car payment both bounced, and the company’s only response was that it was a computer glitch and they would refund the money. Meanwhile, this man has late fees and returned check fees to pay.

PPD’s trade program is risky business. From what I’ve seen, it doesn’t seem to be worth the cost.

Cheryl is a writer located in Southwest Florida. She’s been great to work with. Be sure to send some love and check out her blog at: http://www.cliopatra.net/

28 thoughts on “Can You Make Money with Project Payday?”

How to Sell Lesson Plans Online: Earn Cash While Teaching

Earn side cash as a teacher! Learn how to sell lesson plans online, as well as other educational materials to fellow teachers.

15 Best Weekend Jobs that Pay Well to Boost Your Income

Weekends are the perfect time to rake in extra cash. Reach your money goals or pay off some debt with these fun and flexible weekend jobs. 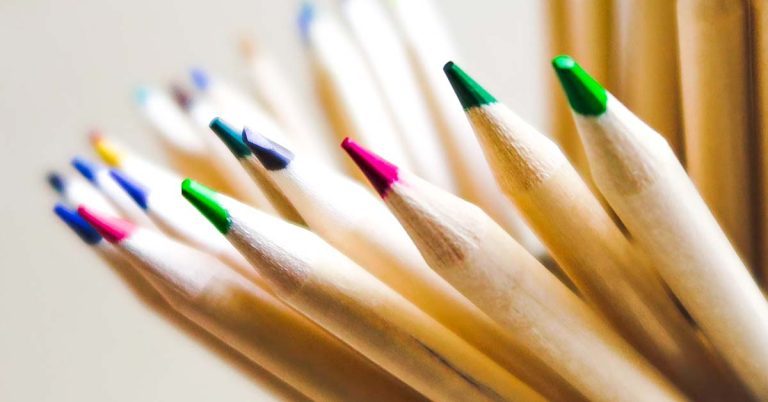 Calling All Artists: 4 Ways You Can Get Paid to Draw

If you love drawing comics, characters, or illustrations, why not make money from it? Here are a few ways you can get paid to draw.