Wouldn’t it be fantastic to get paid to be an audience member?

We see them all on TV. The crowd seems to be genuinely happy about being there.

Have you ever wondered how audience members of talk shows and sitcoms get the gig?

Do you wish to participate in being part of the live audience while filming your favorite show?

Whether you’d like to do it once and check this experience off your bucket list, or if you want to add extra income by doing this once or twice a week, read on for all the information you’d need to explore this gig.

Can Anyone Become an Audience Member?

The answer to this question is: Yes.

Anyone can become an audience member.

However, you won’t get paid to be an audience member on popular shows.

Popular TV shows fill up their audience seats months in advance. They also do not pay audience members (at least, not anymore), but give away freebies and prizes.

Oprah (when her show was still on) was legendary about her Favorite Things Giveaways: from diamond watches to all-expenses-paid cruises. And who can ever forget about the brand new Pontiac G6 given to ALL 276 members of her studio audience in 2004?

For these popular shows, you can line up during filming days, but there’s no guarantee you can be chosen to fill in for other chosen audience members who didn’t show up.

Shows that are not popular enough to fill in the seats allocated within their studios still rely on paying audience members to watch.

If your goal is to join the crowd of your favorite show, the easiest way to find paid audience member gigs is to visit the show’s website. Look for a button that says “tickets,” which usually leads to a page that most likely includes details on how to get them and other information.

If you’re here to earn some side cash, no matter which sitcom, talk show, or other live shows, check out these 5 resources:

The shows listed here are neatly arranged, so you can quickly see which of them are currently giving away tickets (and those on hiatus).

The shows are arranged by date and location, which makes it easy to filter based on your availability and which shows are near you.

Click one of the shows and you’ll see complete details, including the number of hours required to be on the show, transportation availability, and amount of cash incentives.

What I like best about this site is that they also list a month or two of a show’s schedule, so you’d be able to adjust your availability if necessary.

This casting call site has been serving up actors and actresses with audition listings for years.

If you dig deeper, you’ll see that some casting coordinators post audience member gigs here too.

An example gig from 2019 looks like this: MTV TRL seeks paid audience member at New York Times Square Location, Thursdays in September from 3PM to 6PM. Payment is $40 after filming.

My problem with Backstage.com is that their search feature isn’t that accurate.

Finding “paid audience member” results also includes other listings, which is quite disappointing since the site does offer a comprehensive and up-to-date list of gigs in the entertainment industry.

You’ll need to register to access the casting lists on SRO, but they do have a lot of paid ones.

Instead of a gig-based fee, Standing Room Only lists paid audience member gigs with an hourly fee, so you’ll see listings with $10 to $20, then details for how long each show will be.

If you’re after the experience and don’t really care if you get paid to be an audience member of your favorite show, 1iota.com is where tickets to all other popular shows are found.

The process of reserving a seat varies by show, so better check out each one.

Some examples of popular shows include:

Sometimes, you might find a paid gig, but it’s rare since the shows listed here are in-demand throughout the year.

AuditionsFree works similar to Backstage.com in that you can search for “audience” and you can see casting calls for audience members.

However, not all of these are paid. The ticket will be free, though, so at least you get to watch for free.

Before seeking out tickets to shows, you should take note of the following:

Things to Expect on the Day of Filming

Generally, audience members are paid at the end of filming. No need to wait for checks, since pay is almost always in cash.

For long-standing shows, “seniors” (paid audience members who have been there several times) may be asked to return at a particular date.

This already removes the entire process of reserving your slot.

So if you’re banking on these gigs to bring you extra income, your goal is to become a senior audience member.

Alternative Gig: Be a Seat Filler

If paid gigs to be an audience member are scarce, try to find seat fillers instead.

The job of a seat filler is to occupy empty seats at award shows, plays, concerts, sporting events, and other live performances. The tickets are free and these are often paid gigs because you need to be able to follow instructions and fill seats that you’re instructed to.

Why does this exist?

Fuller audiences and venues are simply a better experience for both the performers and the other paying patrons.

And having a full house is especially important for televised events; empty seats on television simply don’t look good.

For instance, when audience members of awards shows accept their awards, seat fillers take up their seats so that when the camera pans over the audience, there aren’t empty seats.

What you need to be a seat filler

You’re most likely to get to be a seat filler if you reside in a city with plenty of live events going on, such as Los Angeles, New York, Las Vegas, Miami, and other similar cities.

Aside from your location, the most important characteristic you need to have to be a seat filler is the ability to read and follow instructions.

Companies that hire seat fillers can be specific about what they’re looking for. When they post openings, their requirements are usually detailed: age range, gender, dress code, makeup and hairstyle, even down to your shoes.

Where to find seat filler jobs

Here are some companies where casting calls for seat fillers are periodically posted. Some of these may be unpaid gigs, though, so carefully look at the postings.

From Audience Member to Performer: Exploring the Entertainment Industry

Joining a live show and getting paid to do so is a quick gig many people would choose to do than be stuck in an office from 9 to 5.

It’s a cool way to make some easy money if you’re in Los Angeles, New York, or another area where they’re hiring.

Some people even turn this into a temp job until something better arrives.

If you’re interested in other side hustle in the entertainment industry, check out this post I wrote about becoming a movie extra or this guide on how to earn big money as a voice actor.

Are you interested in this gig? Have you ever been paid to be an audience member? Tell us about it in the comments! 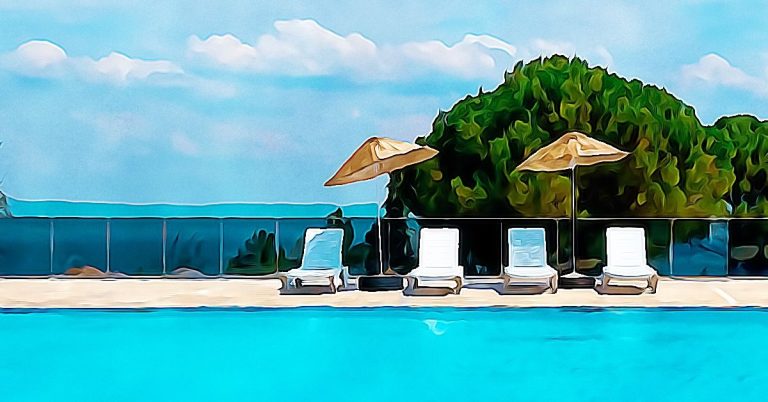 Ready to get paid to lose weight and make some money off your New Year’s Resolution? Here are 15 ways to slim down and earn some cash.

AppCoiner Review: Here’s What You Really Get

AppCoiner claims you can get paid just to review the apps on your phone. The reality is much, much different.