You heard about the professional gamers who make millions a year, but did you know that there are other office-based and remote eSports jobs available, beyond the superstar, professional video gamer? They’re the people behind-the-scenes working day-in, day-out to bring the pros into the spotlight.

And like other traditional sports organizations like the NBA, NFL, and so on, these eSports events can be a lot of work. There are planning, marketing, negotiating, setting up, and ensuring everything is perfect days, weeks, or even months before the eSports teams arrive to play the game.

So if you’re interested in what’s in store in the eSports industry, read on. This is a special guide for the right person:

The following jobs can be independent from the pro player. Meaning, if you decide on a career in any of the following professions, you won’t be a part of any eSports team, but YOU CAN work from home (or remotely).

As the name implies, this gig is perfect for those who are great at commentating. You’ll need a comprehensive knowledge of the industry, the games, and even the histories of the players involved, so this job isn’t for someone new to eSports.

What’s cool about this job though is that you can provide on-the-fly commentary during the tournament live (or for a recorded game anytime after). You can be employed by any media network, or work on your own blog, stream your “report” on Twitch or YouTube channel. The job can be virtually done anywhere, as long as you have the right equipment for the job.

An eSports analyst should have the same knowledge of the industry as any eSportscaster or reporter. However, aside from just reporting the blow-by-blow of the tournament, analysts take the information and use it to help a particular player, team, game developer, broadcaster, or other professionals.

Analysts create game strategies by pointing out the strengths/weaknesses of players and analyzing opponents’ performances.

Because the world of eSports depends on the fans of gamers, social media is a BIG part of the industry’s success. You can work as an independent marketer or social media manager, who will be responsible for growing an existing fan case for a particular video game, gaming company, or team.

This job is very broad and could include content writing, video creation, community management, and so on.

eSports Teams in the Field, Remote and Office

The following jobs make or break a video game star’s career. Because professional eSports players focus only on the game, every other task (promotion, negotiation, scheduling, marketing, brand sponsorship, and other specific tasks) are assigned to other people in the team.

The following eSports jobs can either be done remotely, on the field and office-based. My best bet is that most of these require a mix of all three, so before checking out these jobs, understand what you’re signing up for.

There are many employment opportunities within the eSports industry that most people had no idea were available for them.

Many people with non-gaming-related professions are also involved in the day-to-day business operations of gaming companies. For example, if you’re an accounting professional or web developer with extensive experience in payment solutions, you have a chance at becoming a part of any gaming company with revenues. Other possible jobs are available in the following fields:

The office-based and remote eSports jobs I listed here are just a few of the many other employment opportunities in this industry.

Explore others available on specific career pages of gaming companies, eSports teams, and other big guys in the world of competitive video gaming.

Teams or Game Houses should be your goal company if you want to be closer to the action. Companies like Cloud9, Team SoloMid, Team Liquid, Fnatic, G2 eSports, Immortals, 100 Thieves, and Envy Gaming (among others) hire a wide range of people to support their respective rockstar players.

Twitch, where many video game stars launch their careers, also have job openings that are related to the eSports world. You can also find jobs on eSports-specific job boards such as Hitmarker and Jobs in eSports.

Which eSports Jobs Do you See Yourself in?

eSports has slowly crept into a global industry. Before the start of 2020, the eSports industry generated over $500 million in revenues with more and more eSports teams being scouted, formed, and made to compete in local and international tournaments.

The misconception that you have to be a genius at playing video games to land a job in this industry is a common misconception.

But if you’ve always been interested in eSports and would want a career change, I hope this guide has given you job ideas, from getting front and center with the action on the field, or just supporting the team backstage with remote eSports jobs, and many other career paths this industry can open up for you.

Interested in more info? Check out these posts about making money playing video games, video game writing jobs, and how to get paid playing Fortnite.

Speakwrite Review: Is this a Legit Transcription Job?

Interested in working for SpeakWrite? Here’s an honest SpeakWrite review and other transcription job options if you’re serious about becoming a transcriber. 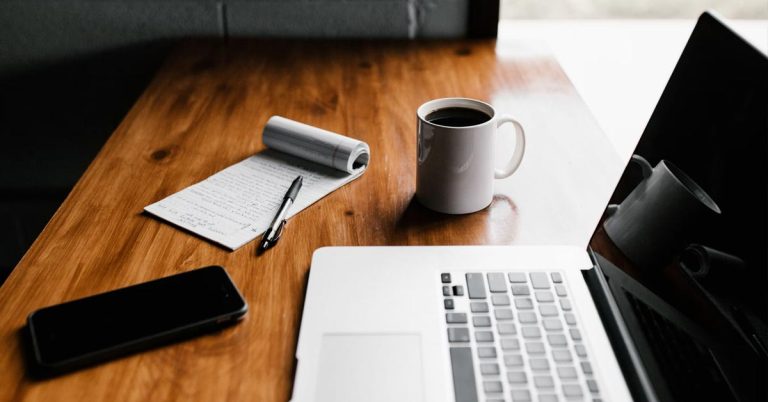 10 Work at Home Jobs for Moms with Young Kids

Trying to balance responsibilities can be a challenge. But these work at home jobs for moms will help you support your family in your own time.