If you have a knack for writing on top of having a genuine love for all things video games, why not consider looking at video game writing jobs and combining your skills and passion?

The gaming industry has been steadily growing with the improvement of technology. Immersive gaming, esports, multifunctional video consoles, livestreaming, and mobile gaming are all projected to grow this year and beyond.

With this growth in the gaming industry comes a growth in jobs in the industry, including video game writing.

Today, we’ll take a look at the two types of video game writing jobs, how to get these jobs, and what it takes to do these jobs successfully.

Many writers would agree that as much as there are different kinds of writing jobs out there both online and IRL, there are also different writing specializations to fit anyone’s skill.

If you dig into the writing careers available in the video game industry, you’d see that the opportunities are mostly divided into two:

Both types of writing would require you to play as many video games as you can and learn about them as much as you can. If you’re not passionate or knowledgeable enough about video games, it’s going to show in your writing.

If employed with just one company, the average video game writer’s salary is $75,000 to 80,000 per year. Of course, studios with higher budgets tend to pay higher than average.

What tools will you need?

Story-based games can be exceptionally complicated with near-infinite possibilities of scripts and gameplay, depending on what the gamer chooses in the game.

Narrative designing is a mix of game designing and writing where you come up with the foundational story, subplots, character bios and backstories, general lore, and everything in between.

It also falls on the narrative designer to document game worlds, levels, missions, quests, and the actions a player can take.

Overall, a narrative designer develops a story experience that a player should have and presents it to a team of graphic designers, animators, sound engineers, and others involved in game development.

You’re most likely going to work on a particular game on a per-project basis.

If you’re serious about pursuing this career path, there are courses offered in colleges, universities, and online schools like Coursera and

They usually write in flowcharts to make sure they have scripts for every possible action done by the player and every possible scenario that results from that action.

It involves less interaction with your colleagues who are involved in the mechanics and gameplay. You’re more likely to work with the game director or probably even the narrative designer, who would be checking your progress and guiding you until you complete the project.

On the other hand, if you want to write from an outsider’s perspective, that is, as someone who plays and enjoys video games, there are plenty of opportunities to write about these video games.

Think contributors to Gamespot, 1Up, Polygon, and other similar gaming sites.

Most of the time, these writers are gamers themselves, which makes them quite the pro when it comes to writing about video games.

Use your writing skills to spread news and updates about soon-to-be-released video games.

No opinions needed here yet, so just pull out your 4Ws and 1H (who, what, where, why, and how), reporting news as they come in.

Previews are also made available by video game companies to the right writers (i.e., the popular ones) to garner publicity for their games.

You’d have to play the video game and experience the story firsthand before you can pinpoint the strengths and weaknesses of a particular game.

There’s a special kind of writing skill to become a critic. Google the late, great John Peter Bain, more popularly known as ‘TotalBiscuit’ to know if you’ve got what it takes to become a video game reviewer.

Game tutorials are challenging to write because you’d have to be a phenomenal gamer, or involved in the production of that game to be able to release a tutorial quickly after the release of a game.

If you’re not in a rush and prefer to write “the go-to tutorial of all tutorials,” then it’s totally up to you.

Strategy guides are more focused on particular levels or scenarios in the game.

Players can’t get that all-important power up? Or can’t defeat a specific boss?

Help them do it.

Create a strategy guide for them and maybe even share some cheat codes to help other players just like you to complete that game.

As players would likely be searching online articles, it helps to be familiar with SEO so that your strategy guide comes up when players search the right keywords.

Work For a Company Or Go Freelance?

The cool thing about writing previews, news, reviews, and tutorials of a game is that you can eventually be your own boss by starting a blog and generating income from it, starting your own YouTube channel, writing an e-book, and following other passive income generating techniques.

Or you can find an online magazine like Gamespot and apply to become a video game writer.

You’d be surprised just how many websites are trying to get a piece of the gaming industry reporting pie.

If you land a job with any of these gaming media, expect an average salary of $70,000 per year.

The video game designer job market is expected to grow by double digits over the next five years. Imagine how many games are scheduled to be developed, released, and played in that time.

The amazing thing about writing for the video game industry is that they are open to people wearing multiple hats, especially those wanting to make money playing video games.

Not only will expanding your skillset help you become an inch closer to a video game director job (if you wanted to), but you’re also increasing your value to an employer.

Combine your passion for writing with a live stream, and you’ve got an excellent way to make money on Twitch as well.

Does being a video game writer sound exciting to you? Which one of these writing jobs interest you the most? Tell us in the comments!

20 Ways of Saving for Vacation Without the Stress

Saving for a vacation is always challenging. But if you’re smart to use these 20 online income opportunities available to you, raising extra cash for travel is definitely possible. 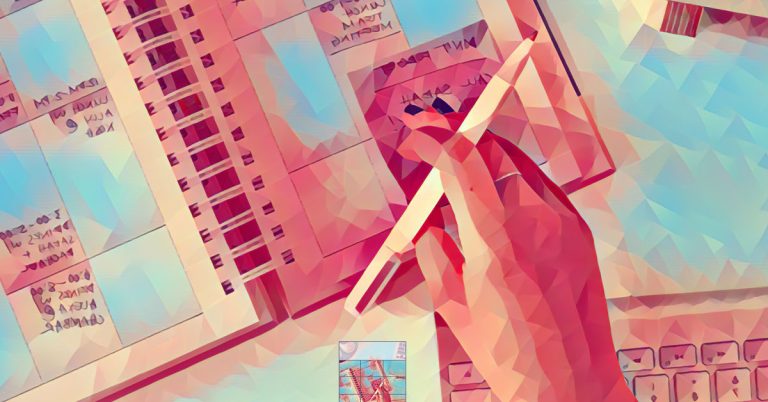 If you’re planning to work from home, virtual assistant jobs are one of the easiest to find. Here’s a list of companies hiring VAs today.

Fiverr.com can be a goldmine, you just need to know the best ways to work it. These 7 tips will tell you how to make more money with Fiverr!